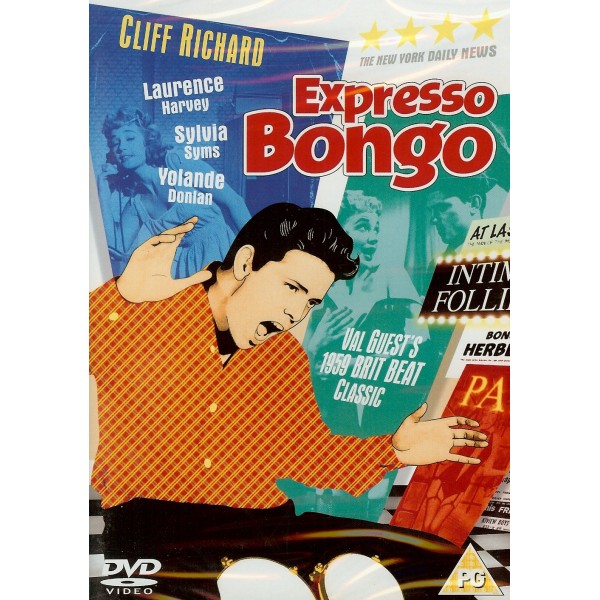 Filmed in 1959 -  the second film that Cliff made. Starring alongside alongside Cliff are  Sylvia Syms and Laurence Harvey.
Cliff plays Bongo Herbert a young singer playing in the strip joints and clubs in Soho. He becomes an overnight success when ‘discovered’ by showbiz agent Johnny (Laurence Harvey). Includes the songs Voice in the Wilderness and I’ve Never Had It So Good.