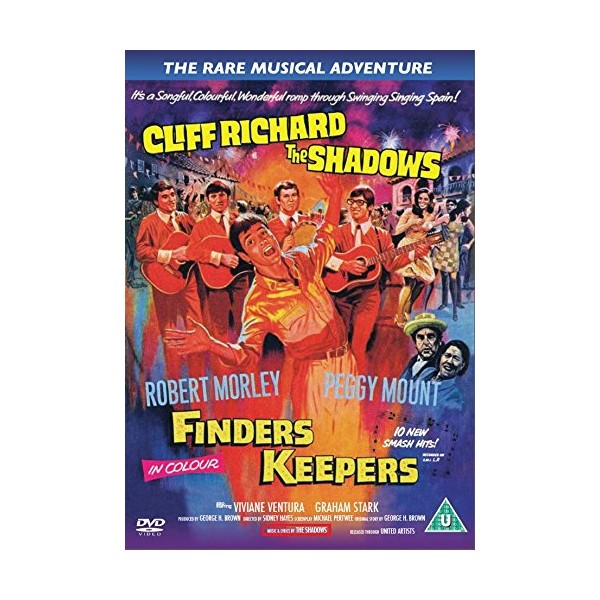 Finally on DVD! This is the last film that The Shadows appeared in with Cliff.

Cliff Richard and the Shadows turn up at a Spanish hotel where they are to play a gig, but they find it completely deserted. The local population have fled in terror after news that the US Army have lost a powerful bomb. Cliff and the band join the US Government, foreign spies, unscrupulous crooks and a local woman in a madcap chase to locate the missing piece of weaponry.