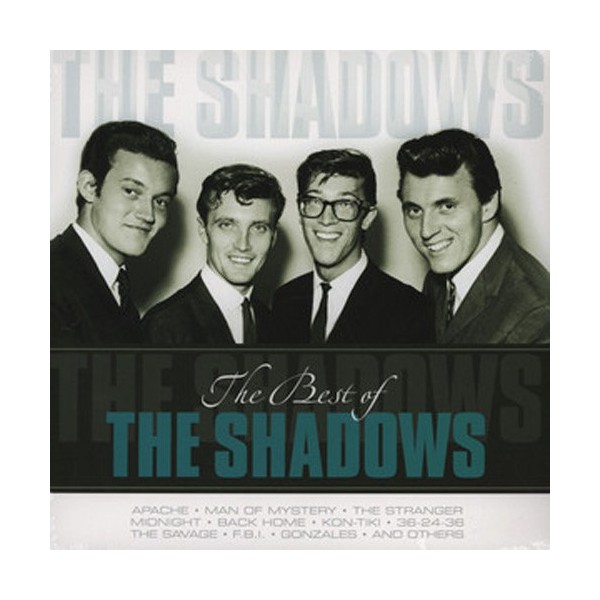 The Shadows are a British pop group with a total of 69 UK hit-charted singles: 35 as 'The Shadows' and 34 as 'Cliff Richard and The Shadows', from the 1950s to the 2000s.
The Shadows were also successful in the British EP charts that were compiled by several different publications during the 1960s based on sales statistics from a limited number of retailers around the country. The Shadows and Cliff Richard & The Shadows each had four No.1 selling EPs.
According to British Hit Singles & Albums (19th edition), the Shadows are the third most successful UK charted hit-singles act, behind Elvis Presley and Cliff Richard.
Pioneers of the four-member rock-group format (consisting of lead guitar, rhythm guitar, bass guitar and drums) in the UK, the group enjoyed a second spell of success and interest in their music from the late seventies until disbandment in 1990. Their unique guitar sound was originally produced by a combination of American Fender guitars, British amplifiers made by Vox and echo units Meazzi Echomatic tape and Binson magnetic disc.
With singer Cliff Richard, the Shadows dominated the British popular music scene in the late 1950s and early 1960s (i.e. the five-year "Before-Beatles" period: 1958–1962), before The Beatles' first full year in the charts in 1963.
John Lennon once claimed that "before Cliff and the Shadows, there had been nothing worth listening to in British music." As the first backing band to emerge as stars in their own right, they were early trailblazers for the beat-group boom that eclipsed them.﻿

• 180g Vinyl
• Direct Metal Master
• Made in the E.U.
• Instrumental
• Remastered from the Original Recordings