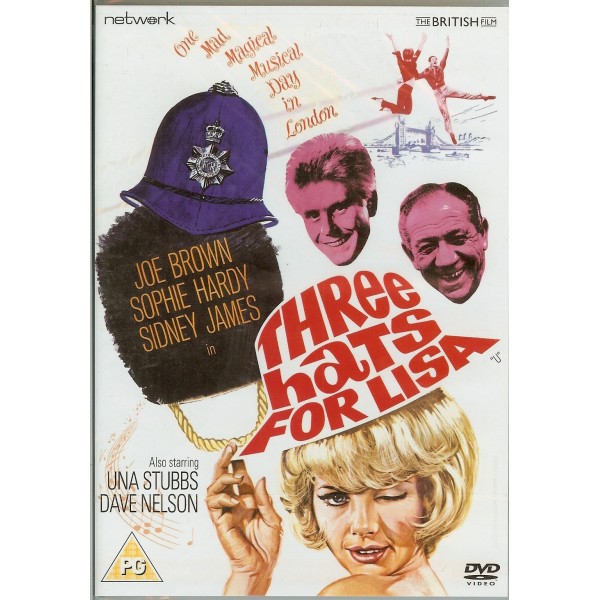 Here we have the 1966 British Film Musical  'Three Hats For Lisa' that was set in the swining 60's!

Three young Cockneys take a day off work to meet a French movie star (Sophie Hardy) at Heathrow airport. She joins them and their taxi driver while she collects some typically British hats. The main rule of the game is to steal a hat from its wearer, so the film is a musical chase around Swinging Sixties London, evading press and police. ﻿