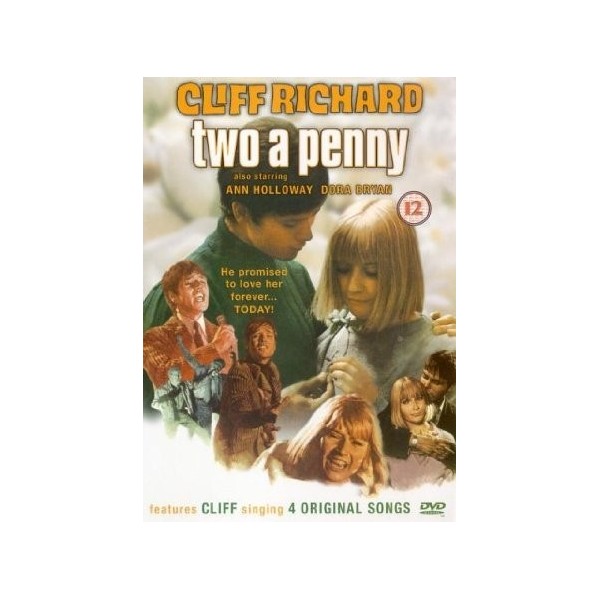 Out Of Stock - Features four songs and original trailer!

Cliff Richard stars in this rarely seen British drama set in Swinging London during the 1960s. Cliff plays an art student whose expensive habits lead him to dabble in drugs. Dora Bryan and Anna Holloway co-star and the film features the Cliff Richard songs I ll Love You Forever Today, Questions, Two A Penny, an on-screen performance of Twist and Shout, plus the original cinema trailer.