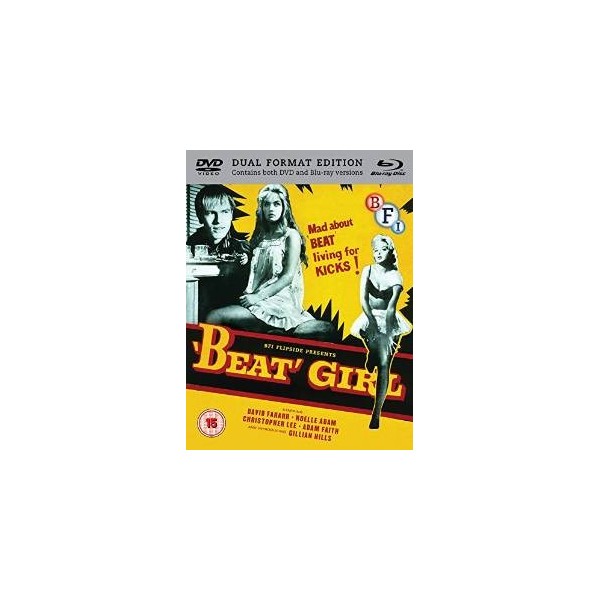 Beat Girl is a 1960 British film about late-fifties youth-rebellion. The film was later released in the United States under the title Wild for Kicks.[1]

The title character of Beat Girl was played by starlet Gillian Hills, who later went on to have numerous small roles in 1960s and 1970s films, such as Blowup and A Clockwork Orange, and became a successful "ye-ye" singer in France. Beat Girl marked the first film roles of British pop idol Adam Faith and actor Peter McEnery, although it was not released until after other films featuring Faith and McEnery had already come out. The film also features Christopher Lee and Nigel Green as strip joint operators, and Oliver Reed in a small role as one of the "beat" youth.

The original music was composer John Barry's first film commission, and was performed by the John Barry Seven and Orchestra, Adam Faith, and Shirley Anne Field.[8][9][10] The Beat Girl soundtrack was the first British soundtrack album to be released on an LP, and reached number 11 on the British album charts, paving the way for later films to release soundtrack albums.