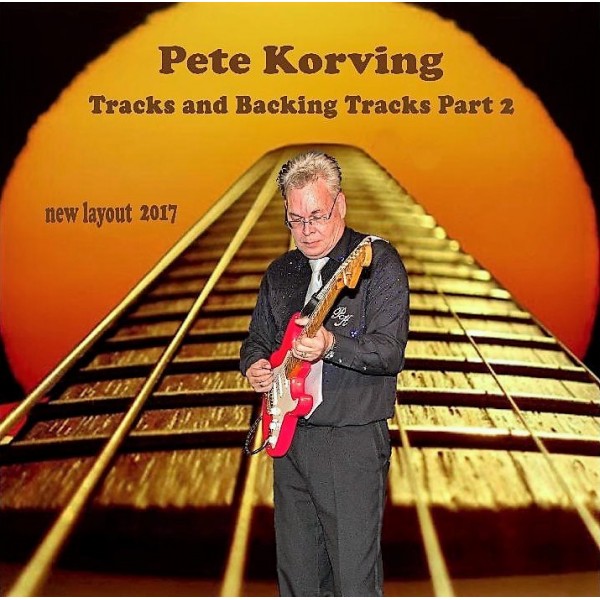 We are very pleased to be able to now stock Pete Korving's CDs and Backing Tracks. This CD is volume 2 from the (so far) four volumes. We also stock Pete's non Backing Track CDs 'Sailing', Romantic Guitar and Great Guitar Hits. This Volume 2 CD contains 14 Tracks and 14 Backing Tracks on one disc.

Pete has also released a Backing Track CD for Sailing which contains just 'without lead' tracks.

Pete Korving has been playing the guitar since he got his first on his 12th birthday. Just like his father and uncle Pete became Shadows crazy and hasn't looked back since.

This CD has tracks 'with ' and 'without' Lead.

King Of The Road

Rider Of The Range

You Raise Me Up