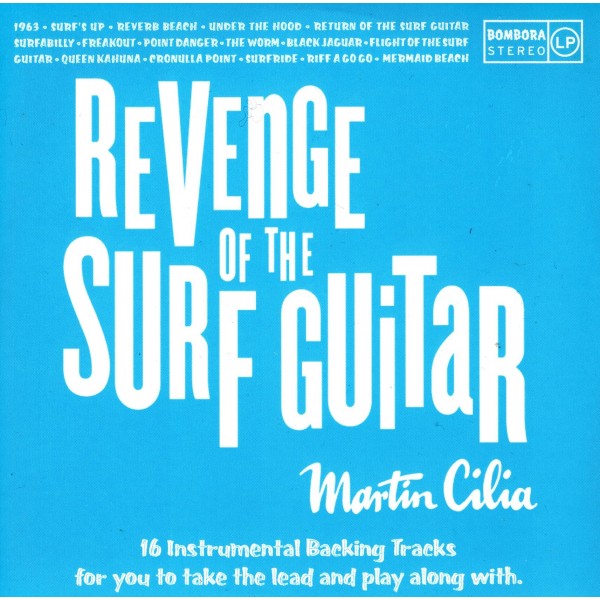 1963 was a big year for instrumental guitar music, particularly surf music. This was the year that found Pipeline by The Chantays, Wipeout by The Surfaris, Bombora by The Atlantics, Dance On & Foot Tapper by The Shadows all on the "hit parade".

This was popular music. That was until The Beatles arrived. However, I’ve always loved the sound of the surf guitar and this is my tribute to that music.

The guitars and amps I used on this recording were a 1963 Fender Jaguar (black), a 1963 Fender Stratocaster (candy apple red), a 1963 Fender Vibroverb (2 x 10" speakers) and a 1963 Fender Outboard Reverb Tank. All of these instruments just happen to be from 1963. This was not planned. It just worked out that way because they all had a unique sound that attracted me to them. I played the Fender Jaguar on 95% of this CD. This is the first time that I had played a Jaguar and discovered an amazing sound.