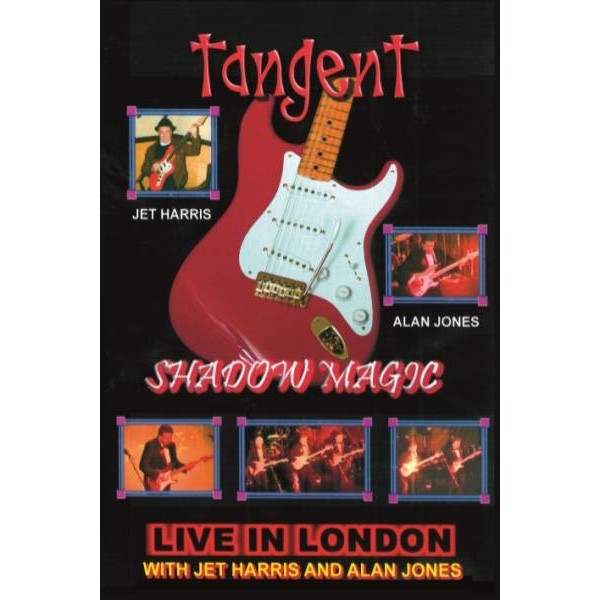 Here is the first official release on DVD of an ultra rare concert by guitar instro legends Tangent - the longtime backing band for The Shadows bass pioneer Jet Harris.

Witness history in the making as Tangent deftly perform tracks from their albums Shadow Magic, Tributes And Rarities and the much launded Beyond A Shadows Of A Doubt. They are ably assisted by revered former Shadows bass virtuoso Alan Jones.

Recorded in 1991, this ia a breathtaking piece of history and a must for Shadows Fans.

Please note: this is an official release however despite every effort being made to enhance this presentation, picture and sound quality are not of broadcast standard , making this release ultimately for nostalgia and completists.

HE AIN'T HEAVEY HES MY BROTHER,

EVERY LITTLE THING SHE DOES IS MAGIC,

RIDERS IN THE SKY,

ALAN JONES ON BASS ALL THROUGH CONCERT