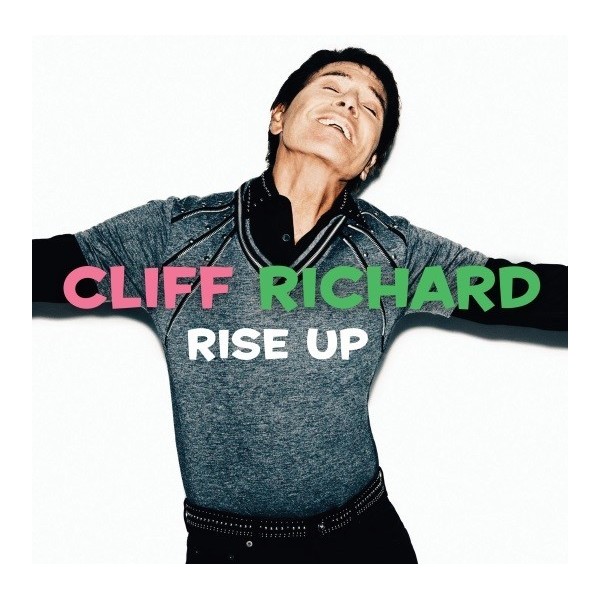 Sir Cliff Richard returns, with an album of his first new material in 14 years.  Produced by Rupert Christie, the album is a powerful statement of defiance and return. Drawing on new songwriting talent as well as some of his biggest hit writers.

Recorded at Miami’s Criteria Studios in 2018, the album not only features title track Rise Up written by Devil Woman hitmaker Terry Britten and his co-writer Graham Lyle (What’s Love Got To Do With It, We Don’t Need Another Hero) but other new up-tempo contemporary songs including Reborn written by Chris Eaton (Saviour’s Day) and Steve Mandile and River Flow (Micky Steel/Henk Pool/Joona Pietikäinen).

Sir Cliff reunites with Olivia Newton-John for the first time in 23 years on Everybody’s Someone, and the album also features four tracks newly recorded with the Royal Philharmonic Orchestra: Devil Woman, The Minute You’re Gone, Miss You Nights and Some People.

3. Everybody's Someone (with Olivia Newton-John)

11. Everything That I Am

13. The Minute You're Gone (with The Royal Philharmonic Orchestra)

14. Miss You Nights (with The Royal Philharmonic Orchestra)

16. Some People (with The Royal Philharmonic Orchestra)