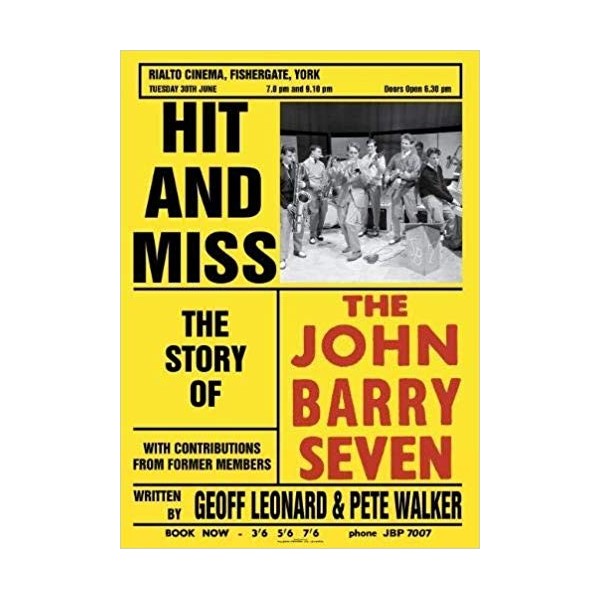 Including numerous personal anecdotes from past members across the full spectrum of the bands eight-year existence. Tales of an often perilous life on the road are recounted as well as first -hand accounts of appearing with and/or backing the UK's earliest generation of pop idols: Tommy Steele, Jackie Dennis, Marty Wilde and, in particular, Adam Faith, whose career was inextricably linked to the Seven's.

Covered in depth are the numerous recording sessions undertaken for EMI's Parlophone and Columbia labels at Abbey Road Studios, plus precisely how the band faced up to the challenge posited by the emerging beat group phenomenon.

Scattered throughout are the plethora of photographs that illustrate the various line-ups of the band; on-stage concert and tour images; concert programmes and posters; record sleeves; a selection of band-related adverts from the period, together with several historic documents, some of them written by John Barry himself.