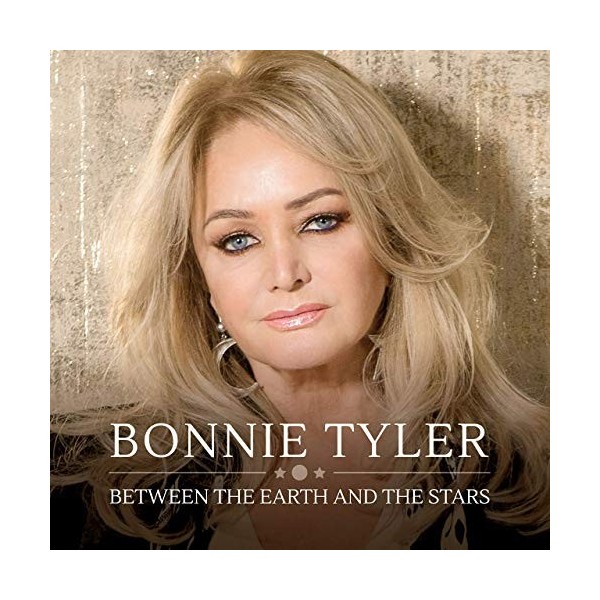 BONNIE TYLER - BETWEEN THE STARS AND THE EARTH - CLIFF DUET - CD

During a remarkable performance career that has spanned five decades, the first lady of pop/rock, Bonnie Tyler, has made music history with her instantly recognizable and potent voice combining grit, power and range as well as with mega hits such as “It's A Heartache”, “Total Eclipse Of The Heart” and “Holding Out For A Hero”. To date Bonnie has sold over 100 million records and has been nominated for several Grammy and Brit Awards. She has an imposing, faithful and loyal global fan base and is considered a guarantor for first-class music and shows. This is Bonnie’s 17th studio album “Between The Earth And The Stars” is a collection of brand new recordings. This brand new studio album also features collaborations and contributions from some of her fellow musical legends including Francis Rossi on 'Someone's Rocking Your Heart'. The album boasts three knights of the realm with Sir Rod Stewart duetting on 'Battle of the Sexes', Sir Cliff Richard on 'Taking Control' and Sir Barry Gibb penning 'Seven Waves Away'. The album also includes 'Older', 'Bad For Loving You' and 'To The Moon and Back', three tracks written speciﬁcally for Bonnie by Amy Wadge, who co-wrote mega-hit 'Thinking Out Loud' with Ed Sheeran and has worked with Camila Cabello and many more. The album sees Bonnie reunited with David Mackay, who produced Bonnie's ﬁrst two albums. 'Between The Earth And The Stars' keeps a link to her past with 'Hold On' written by Kevin Dunne, the bassist in her 70's band, who was a big part of Bonnie reconnecting with David Mackay and creating the album. Songs also came from Stuart Emerson and Chris Norman; the latter penning the Rod Stewart duet.

Battle of the Sexes by Bonnie Tyler & Rod Stewart

Between the Earth and the Stars

To the Moon and Back

Bad for Loving You