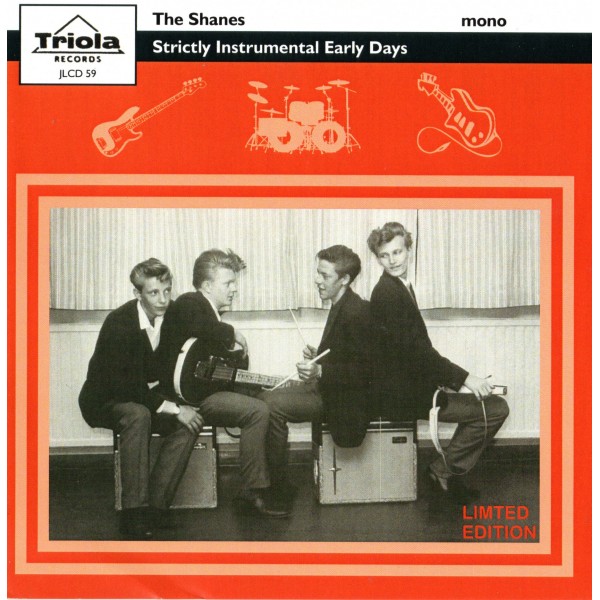 £13.99
Quantity:  - +
Add to wishlist
This is the fabulous new instro release from The Shanes.

The group was formed in 1960 under the name The Whiskey Bottle Slickers and was formed from the local church. The group consisted of Staffan Berggren, solo guitar, Tommy Wahlberg, guitar guitar, Stefan Nordin, bass and Tor-Erik Rautio, drums.


Like most bands around that time the Jayhawkers, now with Svante Elgren, on bass were influenced by The Shadows. In September 1962, the final name change came to them as The Shanes.