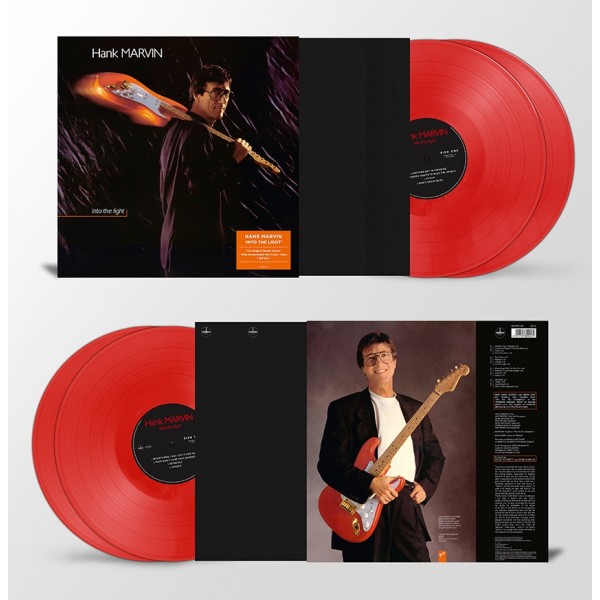 Released in 1992, ‘Into The became Hank’s second Top 20 solo album, reaching #18. The album features Brian May ( (‘We Are The Champions’ Champions’) and Duane Eddy.

This will be the first vinyl reissue of ‘Into The since 1992 and although originally released as a Single LP, the album is now reissued as a 2LP pressed on 180G heavyweight red colour vinyl.

Please note if buying all five Hank releases the shipping will be high due to the weight.

SIDE ONE
1. Another Day In Paradise
2. Everybody Wants To Rule The World
3. Sylvia
4. Don’t Know Much
SIDE TWO
1. Road Train
2. Pipeline (featuring
Duane Eddy
3. Sumiko
4. Into The Light
SIDE THREE
1. (Everything I Do) I Do It For You
2. Rikki Don’t Lose That Number
3. Scirocco
4. Jessica
SIDE FOUR
1. Moontalk
2. Tailspin

4. We Are The Champions (featuring Brian May)

30TH AUG RELEASE
Please check out our FAQ to find out how to navigate our site, shipping information, and also to read our privacy policy.