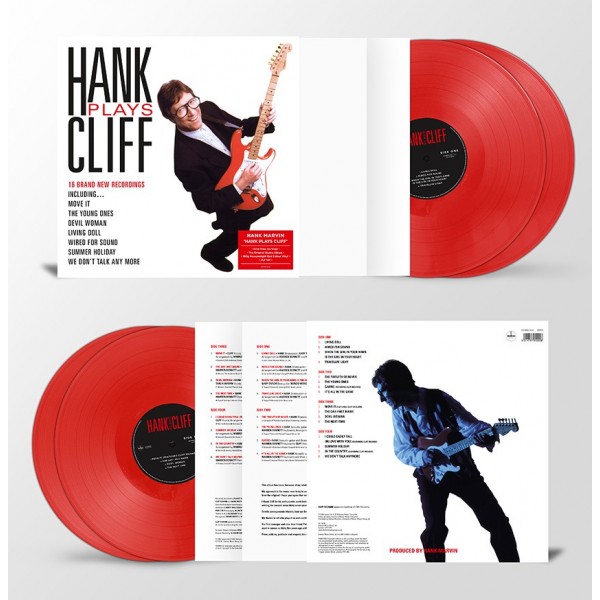 Even aside from his successful and lengthy solo career and Marvin, Welch & Farrar, as a member of The Shadows and with Cliff

Richard, Hank Marvin has played on some seventy hit singles and over fifty hit albums and that’s just in the UK. The global hits across the decades in such countries as South Africa, Australia, Japan, France, Germany, Holland and countless others, underline the global success in which he played a major part, writing, playing and singing.

This will be the first vinyl release of ‘Hank Plays and is reissued as a 2LP set pressed on 180G heavyweight red colour vinyl.

1. The Twelfth Of Never

1. I Could Easily Fall (In Love With You) (featuring Cliff Richard)

3. In The Country (featuring Cliff Richard)