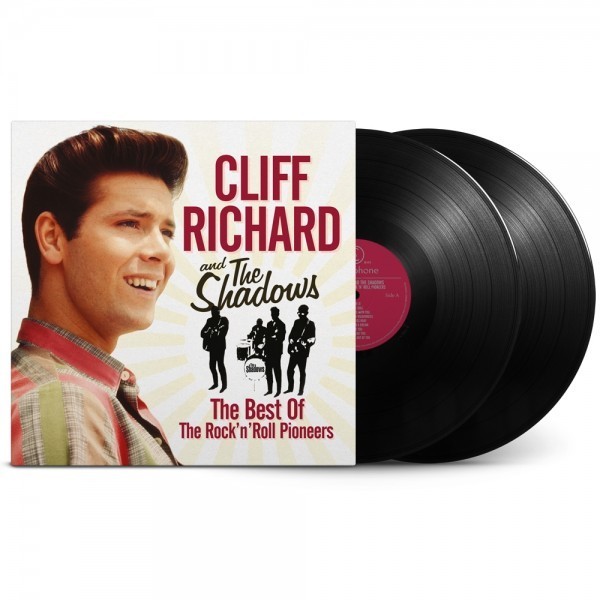 This double vinyl release is now being offered to all music retailers and is no longer an 'exclusive' release. Better late than never.

This notable anniversary will be marked with a brand-new album: CLIFF RICHARD and THE SHADOWS: The Best of The Rock ‘n’ Roll Pioneers is a 2CD collection which focuses, for the first time, solely on Cliff’s output with The Shadows. All seven No. 1 singles and a further sixteen Top 10 hits are included.

‘The Shads’ went on become the most successful instrumental group in pop history, placing 69 UK charted singles from the 1950s to the 2000s

The new compilation is the first to cover their entire career from 1958 all the way up to their reunion album and tour in 2009.