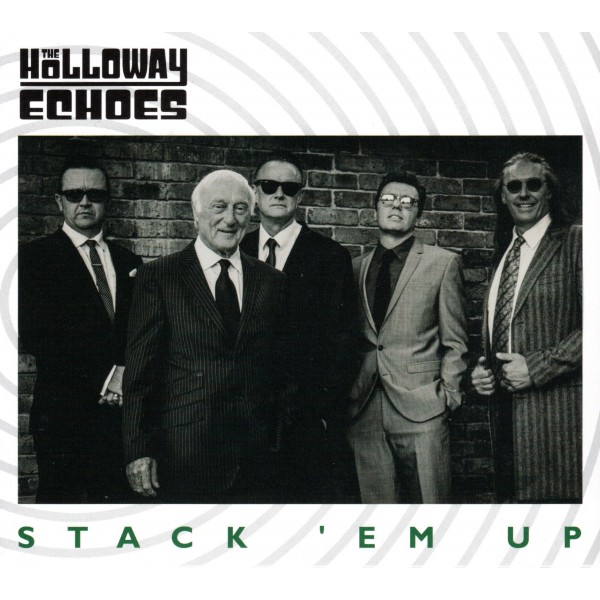 A year on from their debut release, The Holloway Echoes are back with the new album “Stack 'Em Up”.

The band initially got together to record a song written about their idol Chas Hodges, but soon realised they enjoyed working together... and here we are 28 songs later!

This album covers such typically British subjects as; Scraping a living playing in working men's clubs and British legions, Carry On films and Dinner Ladies!

As fans of British producer Joe Meek the guys include 2 songs here about Meek: 'Johnny Watts' and 'Calling Buddy' -the latter being a sad song documenting Meek's decent into mental illness. Meek would desperately try to contact Buddy Holly (after Holly's death) seeking career guidance when his own career was in decline.

This album follows on from the band's last and again feels very British. The Holloway Echoes recipe is made from childhood memories, a hint of Skiffle, the love of Chas & Dave and the Shadows and a pinch of Ray Davies.
Includes Cliff Hall from Shadows fame.