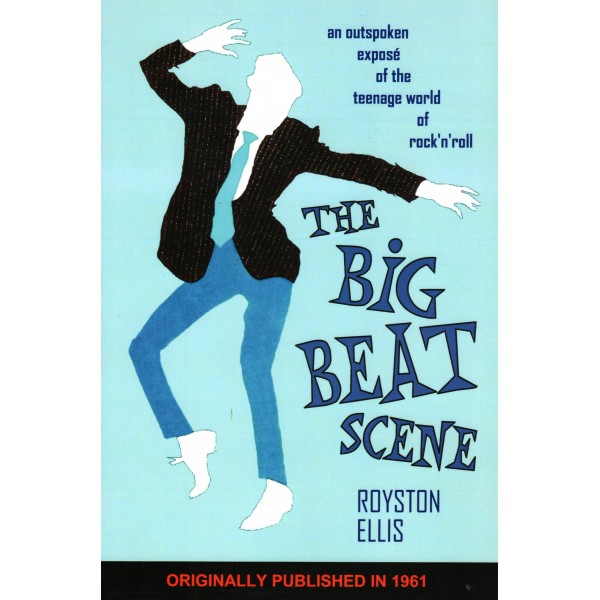 Re-Press
£14.99
Quantity:  - +
Add to wishlist
From Royston : At the time I was writing this paperback in 1960 I met four boys (John, Paul, George & Stuart) in Liverpool and they backed my beat poetry performance at the Jacaranda. I wanted to take them to London to appear on stage and television with me and asked John the name of his group.
"Beetles," he said.
I suggested that since John liked the Beats of the USA, I was a beat poet and they were going to accompany my poetry performances with their beat music, why not call themselves "Beatles" with an A.
"The Big Beat Scene" was first published in 1961 and covers the era of popular music up to the age of the Beatles. It was written while I was closely involved with the big beat scene myself, as a performer of rocketry (rock n roll poetry) backed by Cliff Richard's Shadows and a young guitarist called Jimmy Page.
I didn't have the benefits of instant internet research as writers have now and so it took a year to compile this book. Now, 50 years since it was written, Music Mentor Books have published this revised edition with a new foreword and afterword adding information about those days when I was "King of the Beatniks" -- a rock `n' roll poet and the inspiration for the Beatles' song Paperback Writer.
I hope this re-publication will inspire and inform those wondering what pop music was about before the days of The Beatles and Led Zeppelin, and bring back memories of those wonderful days of our youth to those who were there at the time.

Fifty years ago, at the dawn of the Swinging Sixties, Royston Ellis was a spokesman for Britain's teenage generation. Aged 16, he hung around coffee bars and jazz clubs in Soho, chronicling in poetry the life he saw around him. Gradually, he also became closely associated with the emerging music scene. In 1959, he teamed up with Cliff Richard's group, the Drifters, and appeared with them on television and stage shows performing his unique brand of rocketry (rock'n'roll poetry). In 1960, he was backed by the Beetles (as they then were) in Liverpool, and by Jimmy Page at London's Mermaid Theatre. Before leaving the UK in 1961 to explore the world, Ellis penned the first-ever books on Cliff (Driftin' with Cliff Richard) and the Shadows (The Shadows by Themselves), as well as The Big Beat Scene, the first contemporary account of the teenage music scene in Britain. Written before the emergence of the Beatles and without the benefit of hindsight, this fascinating document provides a unique, first-hand insight into the popularity and relevance of jazz, skiffle and rock'n'roll at a time when Cliff Richard & The Shadows were at the cutting edge of pop, and the social attitudes of the time.

A very well received book and had many excellent reviews at the time of release.

There are many pages on Cliff and The Shadows within this book.
Please check out our FAQ to find out how to navigate our site, shipping information, and also to read our privacy policy.