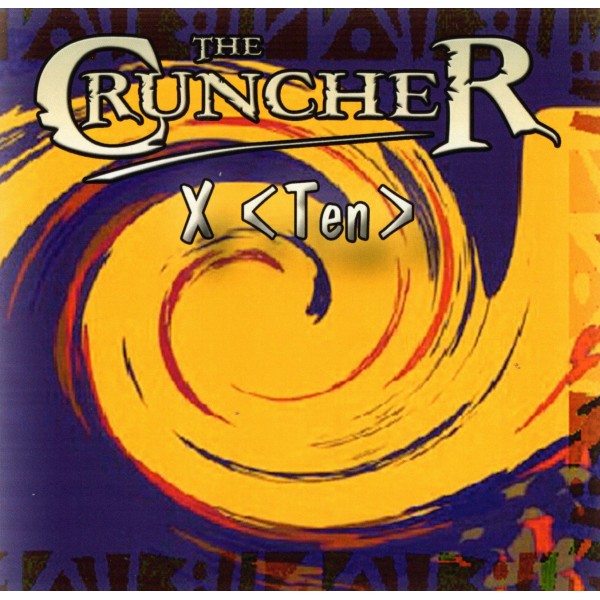 £9.99
Quantity:  - +
Add to wishlist
This is the brand new 2021 CD from The Cruncher!
Ten is Herbert's 10th release of Instrumental Surf and Rock N Roll music. Really great mix of tunes on this album and all packed with that worth surf twang The Cruncher is known for.

Herbert The Cruncher Hooke has put, exclusively for this album, 25 tracks instead of his usual 20. There are three of Herbert's own compositions on 'X'. Great to see Martin Cilia's End Of Summer featured on this album and fully endorsed by Martin himself.
Plenty of other favourites including songs originally recorded by the Fendermen, Lee Hazlewood/Wrecking Crew, Crossfires, Link Wray and Jerry and The Nightrains to mention few.
Check out the five other Cruncher CDs we stock.

You Are My Sunshine
Temptation
Swashbuckle
End Of Summer
Failsafe
Hot Doggin'
Slave Girl
Midnight Run
Begin The Beguine
Torture
Tarantula
Roadrunner
Comin Home Baby
Girls On The Beach - Herbert's Own Composition
Johnny October
Limber Up Limbo
Kazutzka
Covid Crackdown - Herbert Own Composition
Tougher Than The Rest
Scramble
Blues in B-Flat Minor
Polynesian Limbo
Little Girls - Herbert's Own Composition
Rendezvous
Maybe I Will
Please check out our FAQ to find out how to navigate our site, shipping information, and also to read our privacy policy.