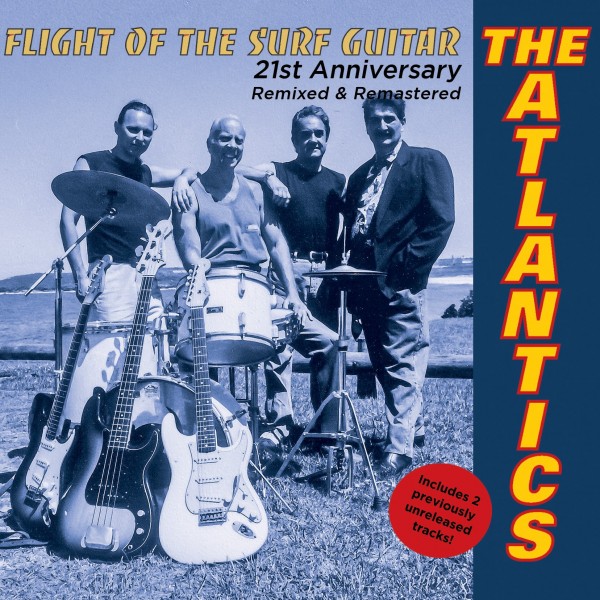 In 1963 The Atlantics were at the forefront of surf music in Australia, with their classic surf instrumental "Bombora" sitting for eight weeks at No. 1 in the Top 40 charts around Australia.
In 1999, in response to a growing demand from surf music enthusiasts around the world, The Atlantics - Peter, Jim, Bosco and new member Martin, got together in the studio for the first time in thirty years to recreate that surf pounding sound that made "Bombora" such a classic.
The result was Flight of the Surf Guitar. Featuring seventeen tracks, comprising fourteen all new originals, together with brand new recorded  versions of three of their most popular songs, "The Crusher", "Rumble and Run" and of course, "Bombora."
This album has now been remixed and remastered for a new generation.  It also contains 2 brand new, never released, tracks - Maroubra Beach written by Martin Cilia & Islands in the Surf written by Jim Skiathitis.


Flight Of The Surf Guitar

Islands In The Surf