Sample - Ewa on the Beach 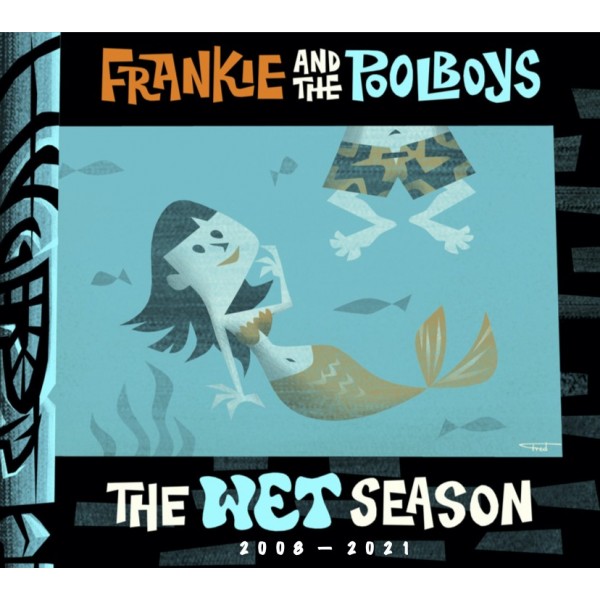 With the complete selling out of the Frankie and the Pool Boys catalogue, Double Crown Records presents an anthology of songs from their first three albums. Packed with 79+ minutes and 27 songs in total, it also features four new cuts. The track list was chosen largely based on how well the songs were received in a live setting, so the selection really was decided by fans of the band.

All of the Pool Boys’ three albums (the 2008 eponymous first album, 2013’s The Adventures of Cap’n Coconuts, and the Pipeline Magazine Album of the Year for 2018, Spin The Bottle) are well represented. Of course, “Ewa on the Beach” (voted the #3 Surf Revival song by listeners of North Sea Surf Radio) is included, as are the band’s most familiar songs, “The Wet Season,”“Skinny Dippin’,”“Teke Teke Teke” and “Tan Line Fever.”

John Blair (noted music historian and leader of Jon & the Nightriders) appears on “Cat Fight” and wrote the extensive liner notes. Ivan Pongracic (The Madeira and The Space Cossacks) appears on “Magyara.” Drummer Dusty Watson (Dick Dale, The Sonics, Slacktone) is featured on many tracks, and is credited as producer on those he didn’t play on. Oslo based artist Fred Lammers, who has designed three album covers for the band and more than 40 show posters, returns with a stunning package design. The previously unreleased songs include a live take of The Surf Coasters “Dreams,” which features Naotaka Seki, from that band, on drums. The bombastic “Game of Thrones” theme is recast in a spaghetti western style. The lead off track, “Moorea Mon Amour” was inspired by the passionate beauty of French Polynesia. “The Whammy” is an ancient Pollo Del Mar song, brought back to life at the insistence of Pool Boy drummer Jonathan Rodriguez.

John Blair writes: “Personally, I consider Frankie & The Pool Boys to be among the most creative surf instrumen- tal bands on the planet today. And if their earlier records didn’t get the message across, this “best of ” compilation should drive that point home.”

As the Pool Boys take this moment to look back at thirteen years of recording and touring, they also look forward to new music and touring. A new album is currently being rehearsed with plans for recording and release in early 2022.