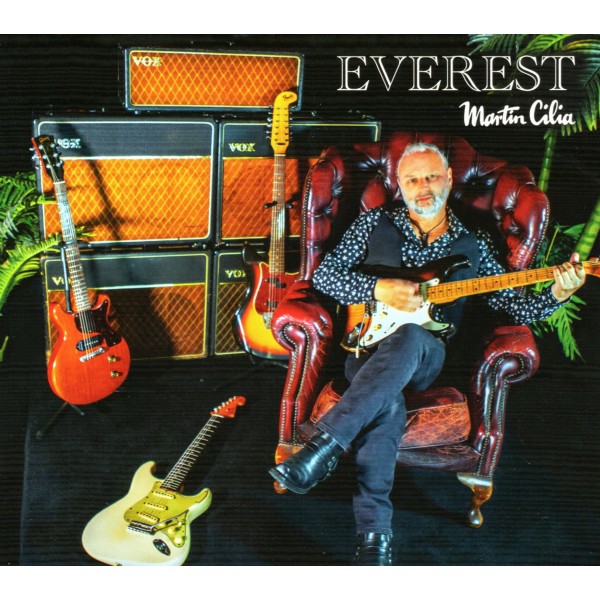 £13.99
Quantity:  - +
Add to wishlist
Martin has gone off at a nice tangent here with a rock blues sounding instro album. I have ordered a few to test the water...I can get more if it goes out of stock.
Here is what Martin says about Everest......


Lockdown in Australia has given us all time to reflect on what we’re doing. It’s been so long since I’ve had extended time in the studio instead of always being on the road. This has meant that I’ve had time to write new songs, but also go back and find older material that has never been released. The Everest album combines new songs along with some older songs that I recently found on old reel to reel tapes. It’s a very guitar-based album with the guitar playing the tunes/melody. Everest has 11 tracks ranging from rock to blues to acoustic and even a few slightly funky moments.

Mount Everest is about as far away on Earth as you can get from the beach. I’m most often associated with surf guitar music. This album has more of a bluesy/rock feeling, somehow the same, but different from my usual Surf Rock. I hope you like it.