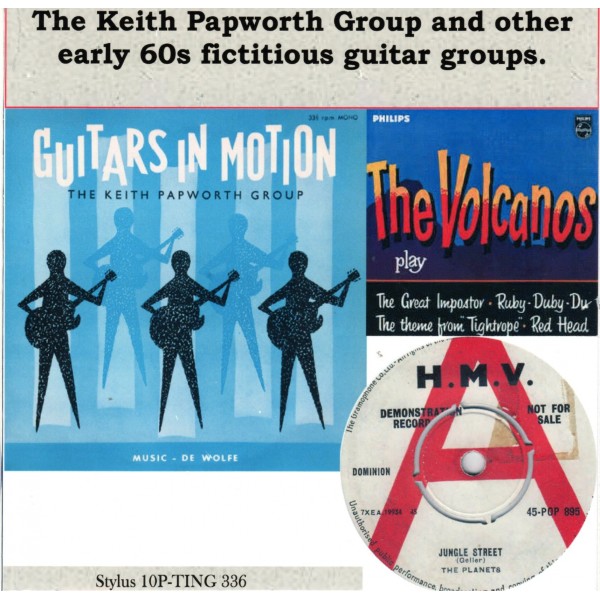 Apologies for the lengthy title, this is a collection of 30 tracks where we have no concrete evidence who played on the records just the occasional hint. The first 11 tracks from Keith Papworth were recorded for the De Wolfe library series in 1964 (eg not commercially released). Papworth was a regular contributor to these sessions recording many more of his compositions especially between 1964-68. The Volcanos were signed to Philips and released 3 excellent 45s in fact, the final track ' Scotch Mist' was written by Papworth. Composer Tex Slade who wrote 'Red Head' for them also composed 'Polaris' under the pseudonym of Eddie Hirst. This is in the style of 'Scarlett O'Hara'. However, both Slade and Hirst were pen names for Ivor Raymonde! See how it gets compilated. Another group who released 3 singles were The Planets. Three of their tunes are inked by Brian Fahey so was he involved with the group? We just don't know!. The Werlwinds provided the theme from the film Rag Doll. Both sides were composed by Martin Slavin so could they be Slavin's group? We finish with 5 more library tracks from the late 60s. We shall meet the Shamrocks at a later date when the full 'Twen Party' album is issued.