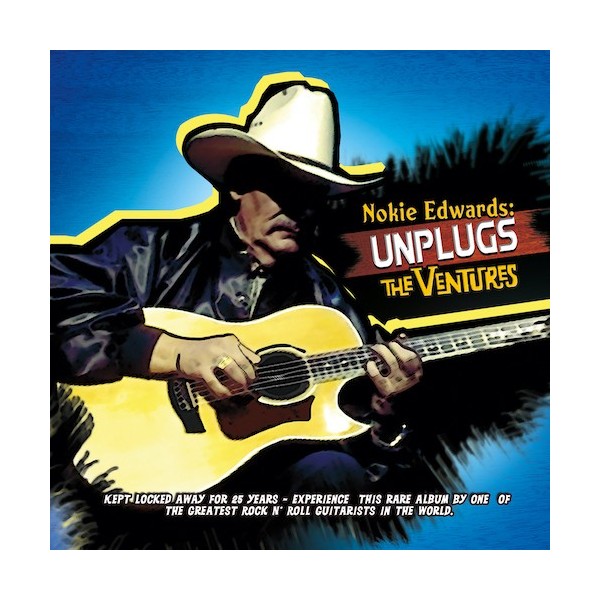 Love this unplugged Nokie album, quite brilliantly done! This album along with Hot Licks and Picks On The Beatles makes its eagerly anticipated arrival after 25 year!
Nokie Edwards, the legendary guitarist of The Ventures, who was also known as the 'King of Guitars' in Japan, passed away in 2018. With Nokie's passing, this album is produced by Ramon "RJ' Jacinto to pay tribute to Nokie and The Ventures for inspiring young guitarist in the 1960s.
This recording has been kept in Ramon "RJ' Jacinto' s vault since 1996, and has never been released before, is now available for the first time. 'My guitar style has been heavily influenced by Nokie. His style is timeless and his fingers flawlessly churn out smooth sweet melodies and perfect one delivery. The Ventures was the band that inspired hundreds of thousands of aspiring guitar bands. Enjoy a piece of important Rock 'n' Roll history as Nokie picks on The Beatles.' - Ramon "RJ" Jacinto, the album producer of this album commented