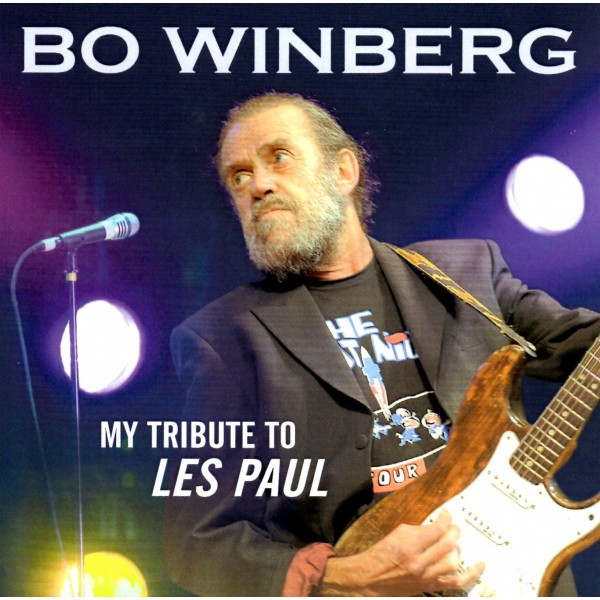 Due In Stock Late Aug / Beginning Of Sept.
£13.99
Quantity:  - +
Add to wishlist
Bo Winberg got the idea to record this album after a trip to New York in 2005. Lenah and Bo went there to celebrate her birthday and decided that they fancied catching another Les Paul Concert. They managed to watch Les Pauls 90th birthday concert and when spotted in the audience they were upgraded to a front row table and Les chatted to them in between songs. Lenah and Bo enjoyed a very special evening and chatted with the band etc after the show at length. When walking back to their hotel Bo said that he had had a wonderful evening and would like to record an album of Les Paul songs and dedicate the album to Les himself. This album was a labour of love but Bo wanted to get it right.   Four pages of sleeve notes. Please note this album is six tracks with four Backing Tracks.
Digipak

Mandolino. (Currently listed as The Kangaroo)
Sleep
The Sheik Of Araby
The Moon Of Manakoora
Jazz Me Blues
Canadian Sunset

Backing Tracks: No Tabs
Johnny Guitar
Amapola
Old Faithful
Last date
Please check out our FAQ to find out how to navigate our site, shipping information, and also to read our privacy policy.