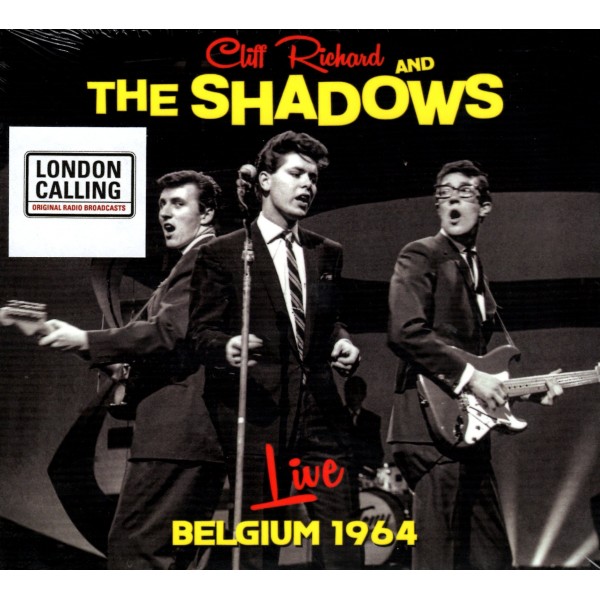 CLIFF RICHARD AND THE SHADOWS - LIVE IN BELGIUM - IMPORT CD

Previously assumed to be lost, this surviving document of that iconic heyday has thankfully survived to serve as a reminder of that period in time when rock 'n' roll not only ruled the airwaves, but also ruled the world. Captured by RTBF television during a brief tour across northern Europe, Britain’s first rock 'n' roll trailblazers dazzle an audience with a classic rocking performance at the Liege Forum, Belgium on 8th May 1964.