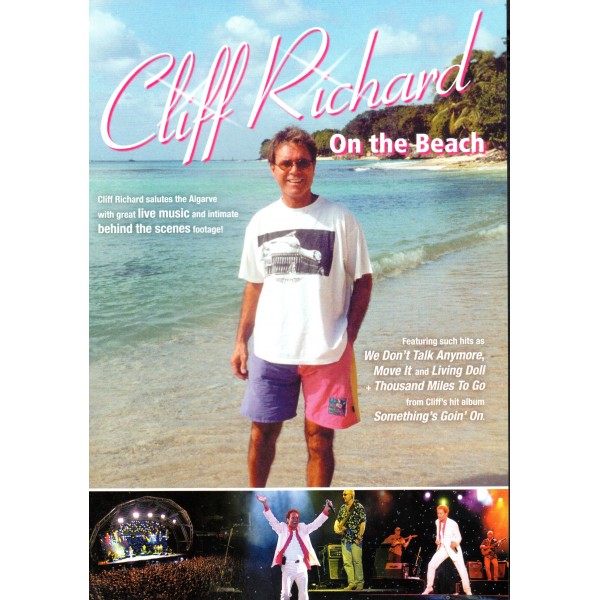 CLIFF RICHARD - ON THE BEACH - DVD

Cliff gave a fantastic performance in the Algarve and this 'on the beach' concert was filmed in Portugal. Songs include Move It, A Thousand Miles to Go, Somethings Goin On, and We Don't Talk Anymore..

This DVD also includes some great behind the scenes footage of rehearsal sessions with Cliff's band and backing vocalists while also including filming from around Cliff's winery. So great to see him at ease and chatting about his passions.