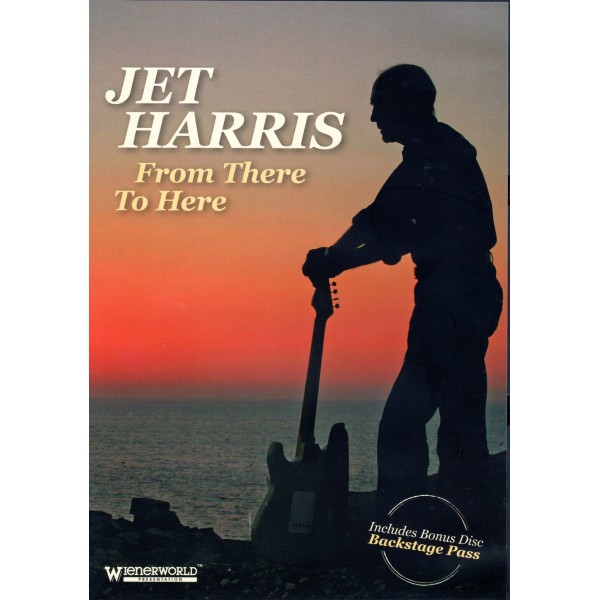 JET HARRIS - FROM THERE TO HERE - DVD

2-DVD limited edition set. A documentary put together by Billie Davis and Mark Windows in memory of Jet. The film is about Jet and his career right up to just before he passed away.

Documentary exploring the ups and downs of one of the most influential bass guitarists of all time, Jet Harris. With contributions from many of his admirers and musicians who worked with Jet, this film tells the legacy he has left behind and the musical journey he had taken throughout his life.

Contains some great moments with Jet and some rare footage as well as featuring contributions from a host of musicians and performers including Chas McDevitt, Marty Wilde, Mike Berry, Mike Read.