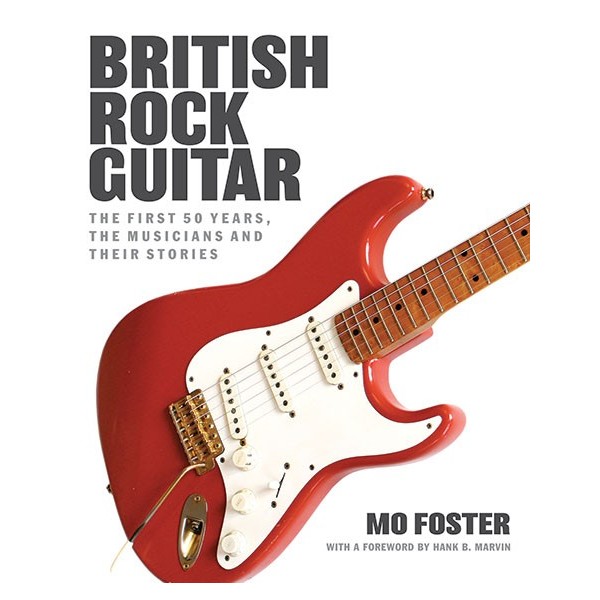 Mo's humour shines through this great read - full of amusing stories that are sure to make you laugh, and the book includes some great pictures in colour and black and white.

The guitar is the most emotive musical instrument of the last 50 years of rock and roll. But there was a time when the future guitar heroes of the Rock and Roll world were cobbling together their instruments from wardrobes, cigar boxes, tea chests, pencil cases, fuse wire, and bread toasters, and guitar picks were fashioned out of ice cream containers.

Perfectly evoking the atmosphere of the 50’s and 60’s Mo Foster draws on his own recollections and those of the greatest exponents of rock guitar, from Hank Marvin to Eric Clapton, from Brian May to John Paul Jones, from Vic Flick to Jeff Beck, and the many others who, before they became famous, started out rehearsing in pigeon lofts and their mum’s kitchen.

Illustrated by period advertisements, memorabilia, and previously unseen photographs, many from the artist's private collections, the stories in British Rock Guitar chronicle the formative period during which the excitement of discovery, the naïvité, and the insane struggles gave birth to the rise and development of rock guitar in Britain, and helped to shape the way in which we perform and record today. These stories are idiosyncratic, charming, and optimistic, but above all, they are very funny. British Rock Guitar is also devoted to the rise and eventual demise of the London studio session scene: an insider's view of this creative world, and the wonderful absurdity of musicians' humour in general.

In British Rock Guitar: the first 50 years, the musicians and their stories Mo Foster brings together many of their recollections and stories, and in his definitive history demonstrates the importance of the guitar in the development of British music over the last 60 years.

From backstage to touring to recording, Mo Foster has seen it all and provides an intriguing insider’s view of the music business. -