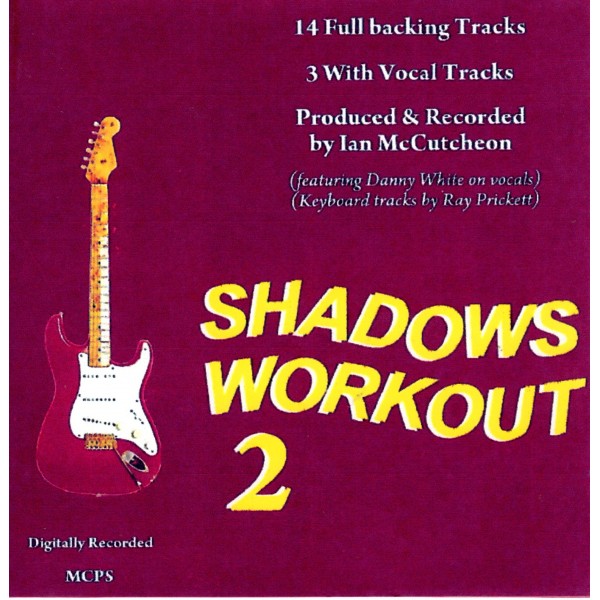 BACKING TRACK CD - With & Without Lead

Sleeve designs do vary for the first three volumes as these were 'home grown'. Workout Four onwards were released using a manufacturer.

Walking In The Air (Back track),

A Place In The Sun,

In The Mood (Backing track),

Move It (same as above sequence),

Do You Wanna Dance (same as above sequence),

The Flyder & The Spy.

Contact us if you would prefer tracks to be downloaded.