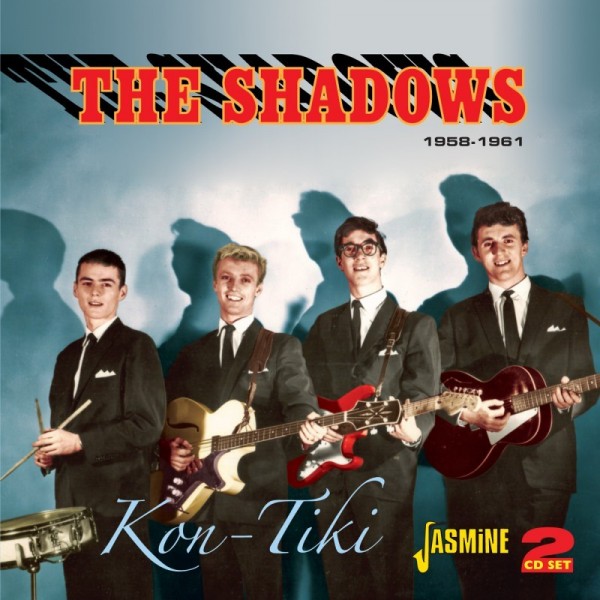 With lead guitarist Hank B. Marvin's twangy, melodious Stratocaster The Shadows provided the template and inspiration for a thousand copycat groups worldwide and were the most influential and successful British instrumental group of all time. This compilation comprises everything they recorded between 1958 (when they were originally known as The Drifters) and the end of 1961, including an unfeasibly-rare South African EP. Also includes a pre-Drifters single featuring Hank B. Marvin and Bruce Welch. When they were with The Five Chesternuts. Features their worldwide hits: "Apache" (a UK No. 1); "Man of Mystery"; "The Stranger", "F.B.I." (their signature tune); "The Frightened City"; "Kon-Tiki" (their second UK No. 1) and "Peace Pipe". Also includes their chart-topping EPs "Shadows" and "Shadows to the Fore", as well as their chart-topping LP "The Shadows".

Don't Be A Fool with Love (The Drifters),

Jet Black (Live) (as The Drifters),

Driftin' (Live) (as The Drifters),

See You In My Drums,

Stand Up and Say That,

Find Me A Golden Street,

Theme From A Filleted Place,

My Resistance is Low,