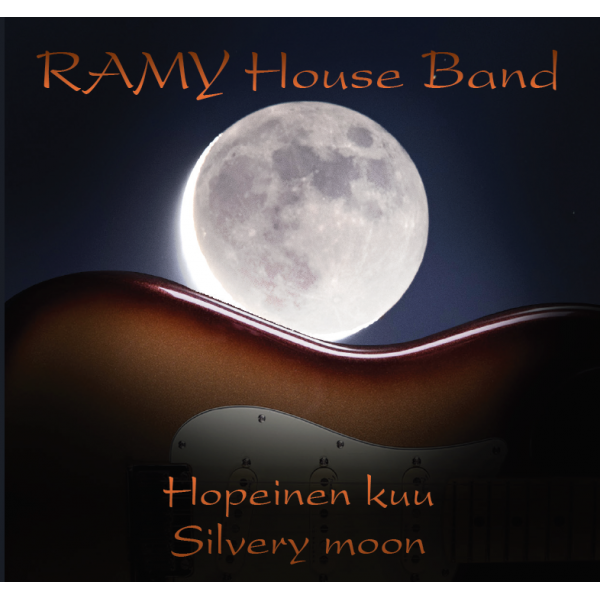 Here is some info kindly supplied by Martti: RAMY House Band started at the end of 2002. We have recorded 13 CDs rautalanka music (14th is under work). We have performed at every Finnish guitar happening, Nastola guitar festival, Yyteri Twist, Rokua Emma happening, Kokkola 60’s Helmi happening, Shake Sumiainen, just to mention a few. A couple of times we performed on M/S Isabella (a ship cruising between Finland and Sweden) as a support band to Back to the Sixties bands. BTS is a huge organization in Finland. It’s bands are original 60’s bands which really played in 1960’s.And of course we perform every year at Viikinsaari invasion, which is a happening our RAMY organizes.

By the way, Viikinsaari is an island here in Tampere. Saari means an island. I can watch Viikinsaari from my backyard and from my balcony. I live at the bank of Lake Pyhäjärvi. But there are two happenings we are really proud of. In 2012 we performed in Tilburg Holland at Cliff Richard & The Shadows fan meeting. It’s a famous happening in Europe, maybe you’ve heard of it. The second is Nordic Guitar Club happening 2015 in Lerum near Göteborg in Sweden. Both performances were really a success. I still fancy watching the videos!