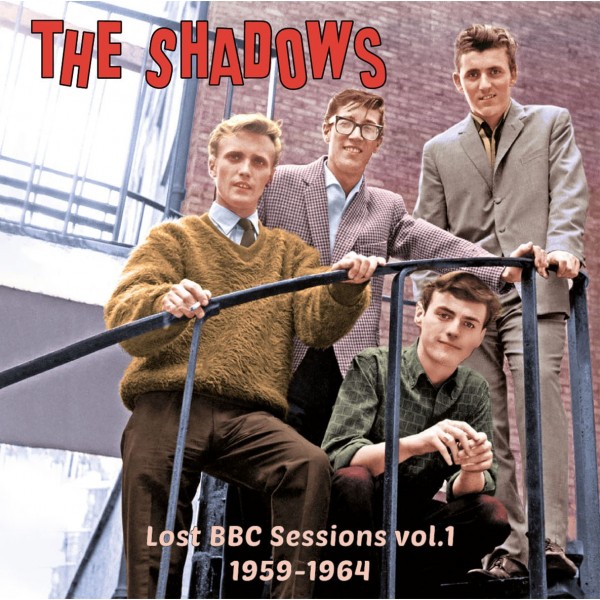 As 2020 turns into 2021, we see the release of two CDs collecting together 51 tracks by The Shadows recorded for  BBC radio between 1959 and 1968. Many of the recordings in these versions have never been released before  on any Shadows album. This sensational collection, entitled Lost BBC Sessions, could never have been created without the great commitment and dedication of the band's fans, who recorded 1950s / 60s radio programs featuring the Shadows on their home tape recorders. So, thanks to them because they have ensured the survival of these priceless recordings for posterity. The CDs will only feature ‘Off-Air’ recordings, but in really very good / excellent sound quality. Only two or three of the absolutely unique tracks will (for collectors / historical reasons) be included in poor quality sound. Both discs will be released in laminated, coloured card sleeves with a special envelope for the disc, as well as an insert with detailed descriptions of the recordings - with professionally edited recording session dates. All of the recordings have been remastered from the best available sources with optimal sound restoration and corrected speed. These sets - containing as they do, every known surviving ‘Off - Air’ recording - are prepared especially to celebrate the 60th anniversary of the band. They are an absolute must for all fans and collectors of The Shadows recordings.

Elegant edition in a gatefold card sleeve with a special insert for CD - same as FBI and Sentimental Journey.
Kameleon Records