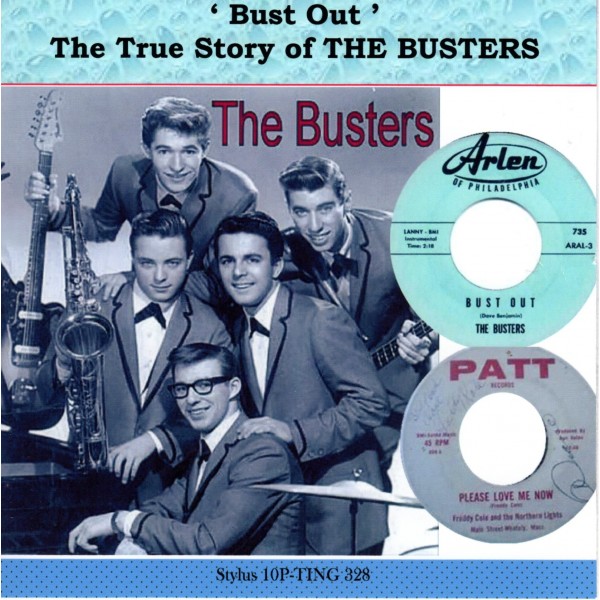 Stylus Music proudly presents " 'Bust Out' The True Story of THE BUSTERS" (10PTING 328)
Stylus: During September. 1963 a tune called 'Bust Out' by The Busters peaked at #25 in the National Charts, a rousing, sax dominated instrumental. However little did the public realize this was actually an earlier recording by The Northern Lights known as 'Typhoid'. The compilation, the first of its kind, tracks the three Busters 45s produced for Arlen Records before tracing their roots from the end of the 50s and the album they released themselves during 1960 known as 'College Hop', (tracks 7-18). In all eight instros in the style of the Wailers/ Haley's Comets plus four vocals. Other tracks include three previously unreleased recordings plus other singles. A unique collection offering both vocals and instrumentals. Read the fascinating story as told to Dave Burke of Pipeline Magazine.

25) The Train kept A-Rollin' as Steve Wodker & The Bold