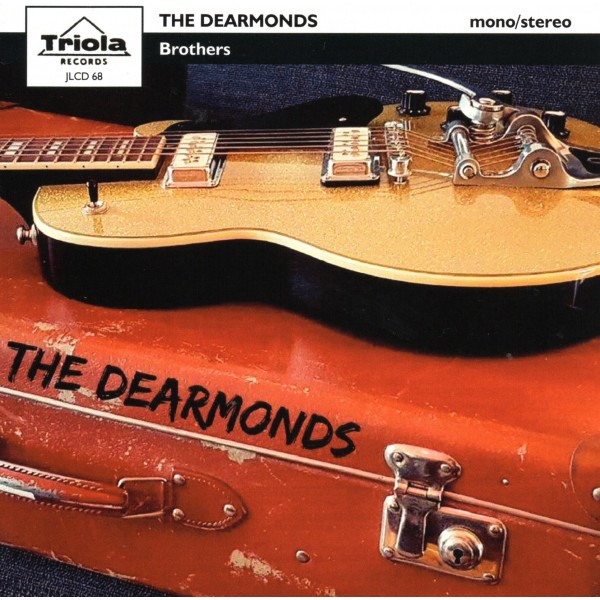 £13.99
Quantity:  - +
Add to wishlist
Another great new title from Triola by a group called The Dearmonds. They formed in 2017 and have been inspired to play by the likes of The Shadows, The Violents, The Quivers, The Outlaws , The Four Dreamers etc. Magnus Andersson was connected to the group The Jailhouse Cats who played in Summer 2008 in Kvarntorpshogens and has self-penned a few of the tracks on this album.
Great vintage sound on this modern album.

The Dearmonds, Magnus Andersson has played lead guitar with Eva Eastwood (Swedish Rockabilly Queen)  on stage, and Eva Eastwood has wrote one of the tracks on the CD "Regn Bara Regn". Adam Östlund the drummer is Eva Eastwoods son and he play regular with Eva´s backing group The Major Keys.