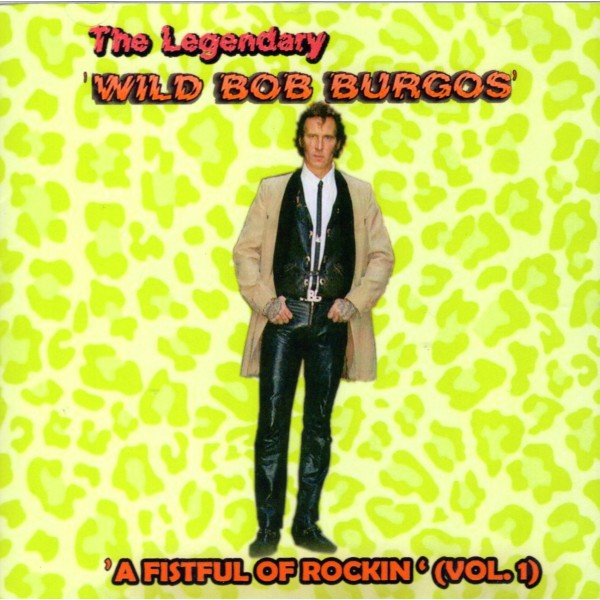 £9.99
Quantity:  - +
Add to wishlist
Wild Bob Burgos is a good friend of Herbert 'The Cruncher' Hooke and between them they have put this body of primarily vocal work together. A really great rock N roll / rockabilly album.

These are the notes from Herbert himself:


Bob Burgos has never been a stranger to me because not only has he been a very experienced session drummer on many top studio recordings, he has also released many fine solo albums with his own band ‘The Houserockers‘ too!!

He has always been a very popular and well respected musician who has toured and played the drums for many Rock ‘n‘ Roll stars at big concerts all over Europe that reads like a ‘Who is Who‘ from the Rock ‘n‘ Roll world...Some of those being Chuck Berry, Sonny Burgess, Janis Martin, Billy Lee Riley, Gene Summers, Mac Curtis, Buddy Knox, Johnny Preston, Hayden Thompson and many more!!

I got to know him personally during my research for my album „The Cruncher – X (ten)“.  We quickly realized that we have the same passion, namely the love of rock & roll. In the course of time an honest friendship developed between us and then the wish came to me, to produce a „Wild Bob Burgos“ solo album with in stores no longer available original songs.  He was very impressed by my idea and we immediately started to work on it. Very quickly we learned that one CD will not be enough for all these songs and because of that we gave the CD a Volume 1 in the title. So there will be more to come in the future!

I am extremely happy and proud about it to have „Wild Bob Burgos“ as an extraordinary musician on my label NPR Records! Herbert „The Cruncher“ Hooke