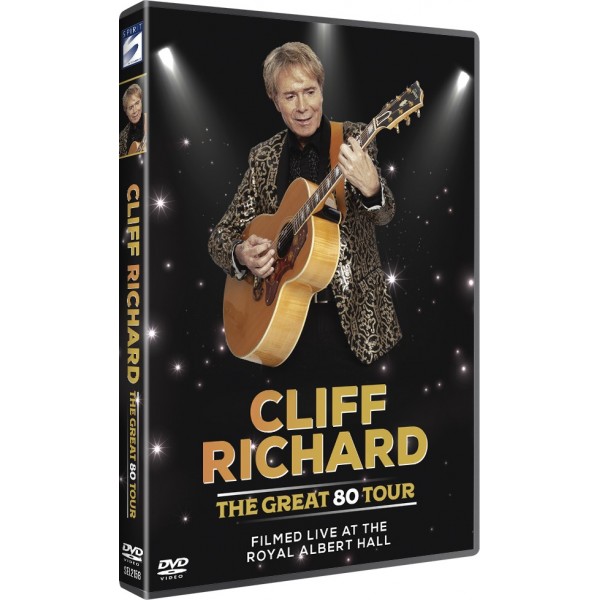 Out Of Stock - More due when repressing happens in a week or so.

Britain’s ‘Ultimate Pop Star’, Sir Cliff Richard, invites you to be part of the most spectacular party of the year, as he celebrates his 80th birthday. Filmed on 27th October 2021, Sir Cliff performed The Great 80 Tour at the Royal Albert Hall, London. After more than a year away from the stage due to the Covid pandemic, he celebrated his return to live music by performing a selection of his greatest hits, some from his latest album, and a few long-forgotten album tracks.

The Great 80 Tour was originally scheduled for 2020 to coincide with Sir Cliff’s 80th birthday. He celebrated a full year later, inviting audiences to mark this very special milestone with him.

Wishing to alleviate any shocks………as with everything shipped to the EU currently, please do note that if you are kindly ordering from the EU then your order may incur additional costs added by your receiving countries border. Any orders returned by the border due to nonpayment will be refunded, but it won’t include the postage as that will have been used shipping it.

The EU ended the 22€ grace period in July.