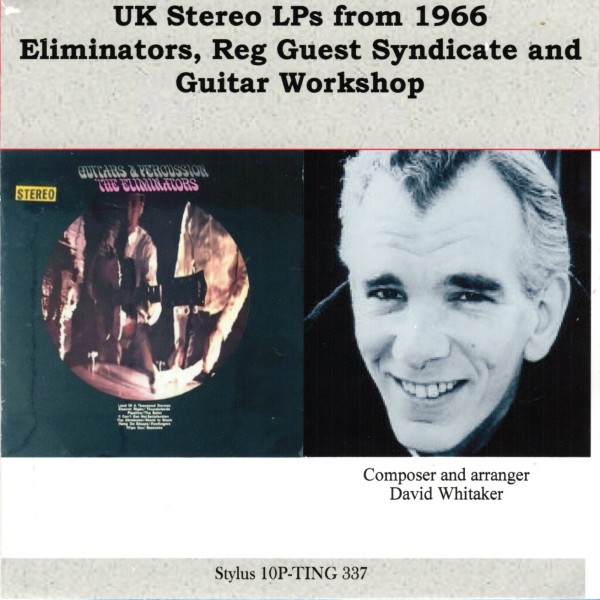 Remember back in the mid-sixties, those new albums you bought were almost always in 'mono' as the equipment you played them on wasn't equipped for anything fancier BUT little did we know at the time how the stereo versions actually sounded like. The Eliminators is a case in point, arranged and with new compositions from David Whittaker, really make these 12 tracks sparkle, using four guitarists and three drummers. The Reg Guest group had their Mercury LP only released in mono in the UK but Stateside, on Fontana records it arrived in stereo but for some obscure reason only 10 tracks were released. Back with Pye, their Guitar Workshop named names and so, we know it is George Elliot, Brian Daley and Laurie Steele handling the six stringers and this lively bunch of classical themes are well orientated to the pop spectrum. There was not enough room for all the Workshop tracks, the three missing items will be included in the soon come World Series 33.