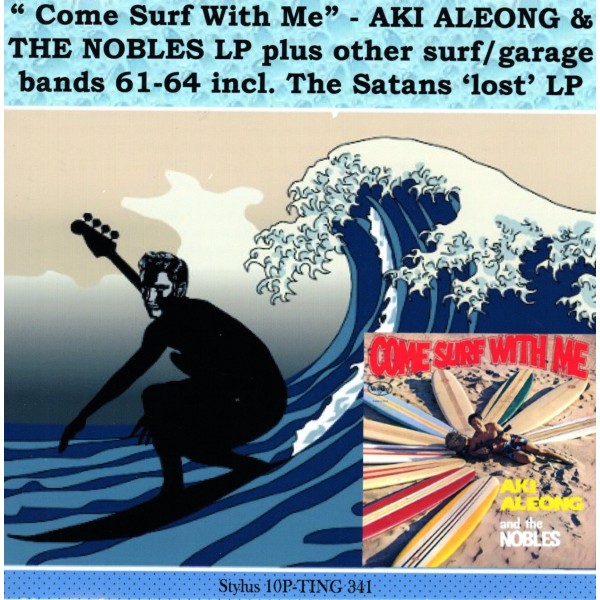 32 tracks of which 25 are surf orientated opening with all 11 instro tracks from the Nobles 1963 LP for Veejay including 2 titles, Earthquake and Hiawatha which would later be included with The Surfaris on their 'Hit Cit 64' LP. The Nobles were led by brothers Paul and Ralph Geddes, also composers as well at musicians.The Gestics revolved around Jon Gest who cut just two singles. the Hollywood 'Sunsets' Band were a​n offshoot of Adrian and The Sunsets and all three titles were composed by their sax player Bruce Riddar. the 3 tracks appeared on a 331/3 rpm EP for the Rainbow label. Several of the other tracks here are from choice singles by The Sentinels on their Tequila inspired 'Tor-Chula' and a great cover of the Ventures 'Barefoot Venture'. The Satans hailed from the New England area and in 1962 recorded a very rare album known as 'Raisin' Hell'. they modelled themselves somewhat on the Wailers sound with cover versions of lesser known items such as 'Ivory Marbles' (B.B.Cunningham) and 'Church Key' (The Revels). Play on . . .